You are here: Home / About Us / Arrow of Light (5th Graders)
Join Us!
Pack 9 has kicked off the year but it is never too late to join. Let us know if you’re interested in joining.

The Arrow of Light Den  is made up of nine 5th grade boys, all from Lancaster, led by Peter Giger and Chris Burke.

Boys may join at any time during the year – they are never ‘behind.’

All Cub Scout den meetings are typically built around “Adventures,” or units of learning activities.  Arrow of Light Adventures are:

Arrow of Light Scouts also work with their parent(s) or as a Den to complete one elective Adventure chosen from a group of options.

This year, eaders will incorporate the high points of each Adventure into the outdoor-only format we have adopted for the duration of the Covid-19 pandemic. Every effort will be made to ensure the boys cover the principle components of the Arrow of Light curriculum, with all participants doing their best*  to cover the material while staying safe and united as a community.

* Do Your Best is the Cub Scout motto and it applies to boys, leaders and parents alike. 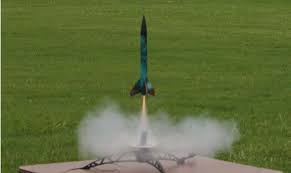 Be sure to arrive no later than 10:00 AM for the Event Kickoff and Safety Discussion.

“Doors open” at 9:30 for instruction and rocket preparation.

Boys bring their own rockets and launch them under safe and supervised conditions. You don’t need to know anything about rockets to try it, but you do need to come prepared.

There are all kinds of options for rockets on-line, or you can buy them in the store at RC Excitement in Fitchburg or Turn4 Hobbies in Boylston.

If you’re completely new to it, just understand that you need to buy a couple of things: (1) a rocket and (2) several “engines” for it. Four engines = four flights which should be enough. You only need one rocket, which you use over and over. That said, some enthusiasts have multiple rockets. The Pack provides the launchers, wadding, safety glasses, etc.

You can build the rocket from a kit and decorate it, which is a lot of fun to do with your son. If so, you should probably start soon. On the other end of the spectrum, some boys are happy just to have something to launch and have the most fun just running around chasing all the rockets with their buddies. If that sounds like your son, a pre-made rocket from one of the hobby stores is probably fine. For about $20-$25 all-in and you’re good to go w/ a rocket and 4 engines. 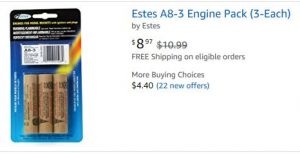 There’s a lot to know about the engines – most people use A, B or C engines (they’re all the same size, just differ in performance attributes) and the C’s are most powerful, the A’s the least powerful. The screenshot above gives you an idea – you don’t have to get A8-3 engines, that’s just to give you an idea.

So if you don’t have rockets and you’d like to participate in the November 14th Rocket Launch, put a trip to RC Excitement or Turn4Hobbies on your Calendar this weekend. I think that’s probably the best way to get started if you’ve never done it before.

Finally – fall sports season is over and the Rocket Launch is a great event to invite a friend to who might have been too busy to try Cub Scouts earlier.